Karachi – where garbage is piling up 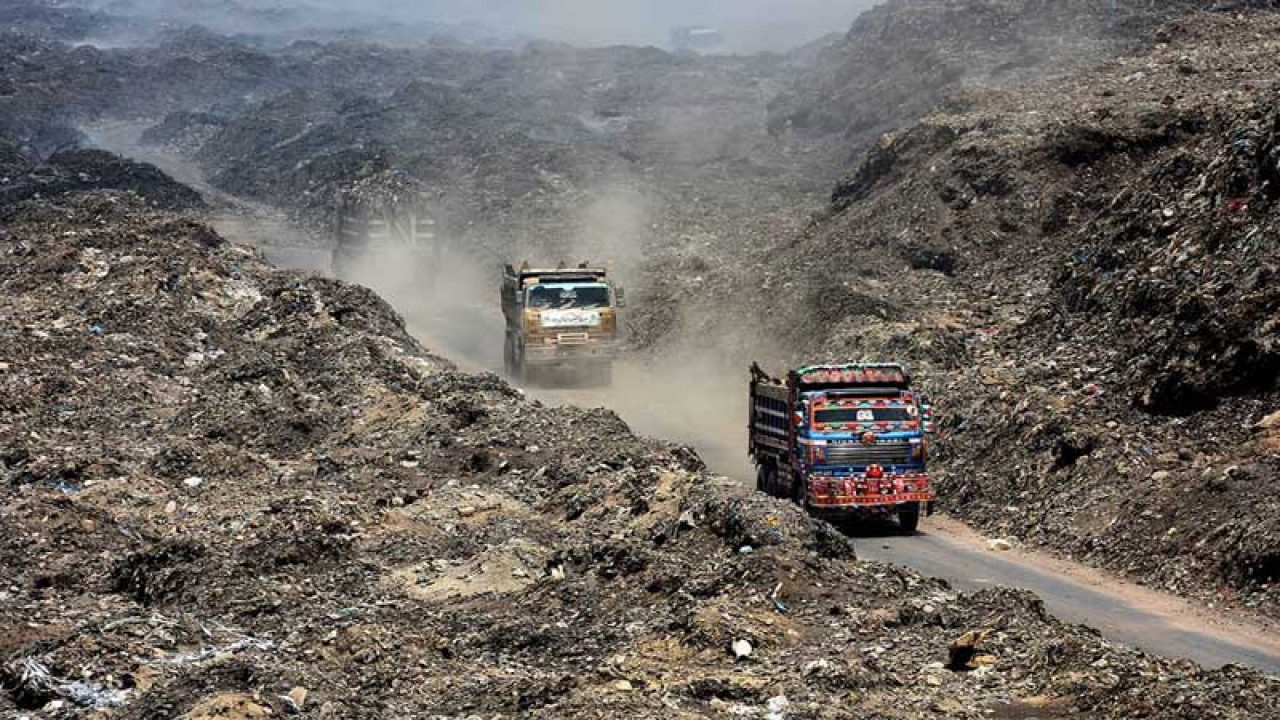 Our Karachi which was once known as the city of lights has now been termed the dirtiest city, with piles of garbage and overflowing gutters everywhere. As per the authorities, the city has 250,000 tons of backlog garbage dumped in residential areas.

Let me share facts and findings in this regard. Karachi houses more than 22 million people and a growing number of its rural population, unplanned housing and katchi abadis have significantly increased in the metropolis, leading to various issues, including garbage.

Karachi has six districts and seven cantonment areas. There are two main authorities working on solid waste/garbage management, one is the SSWMB (Sindh Solid Waste Management Board) and the other is the DMC (District Municipal Committee).

The city’s garbage disposal is divided into three phases.

2. GTS (garbage transfer station) these are the big grounds which are used to dump garbage collection from FECs, ideally as how it should be. The GTS should be a facility to sort recyclables and other waste which should be dumped under land, etc.

The garbage collection process of the city is carried out in two main steps: FECs to GTS, and GTS to LFS.

Two authorities, six districts, who work where and what? Both the authorities have tendered the door collection to private vendors, who take monthly Rs200 from each family across Karachi and collect garbage from their door to the muhalla kachra kundi/designated garbage point.

The issue is all is good only on paper! Nothing is good on ground! It’s all a long story of poor management and negligence that lead to Karachi looking like a big garbage island rather a clean developed port city.

The basic issue is: the Sindh government, the mayor of the city government, the DMCs etc., whoever did this alone or together on a table calculated Karachi’s daily garbage production WRONGLY.

That it’s under calculated is the root cause. When you have calculated the garbage production wrongly, planning to collect and dispose always fails. Negligence and poor performance also adds up to the core issue.

The SSWMB gave contracts to Chinese companies with a maximum cap number to collect, and the same was done by DMCs to their private contractors.

The Karachi city produces daily up to 16,000 M/tons of domestic garbage only, commercial and industrial adds up to this, and the daily disposal figures at landfill sites are between 7,000 and 8,000 tons.

Where the remaining garbage goes? It stays around you and me! In the form or heaps at the roadsides, dumps at the parks, wall sides of schools and hospitals and in the rain drainages!

Landfill sites are not properly equipped; there is only one site at the moment working with just one weighing station, which needs upto 10 minutes for each dumper to unload. If it works for 24 hours a day, it still can’t unload more than 220 dumpers, resulting in approximately 4,500 tons only.

What should be done?

• Fix the numbers – 3rd party evaluation of all garbage collection and disposal contracts by both the authorities and fix the actual numbers for garbage production (domestic, commercial and industrial) and safe disposal

• Get all the encroachments removed from the sites of official kachra kundis, and designate more as per the growing needs

• Stop the politicisation in allocating kachra kundis to middle men who select garbage and store at illegal dumps and then throw the remaining after collecting recyclables in rainwater drains.

• Landfill sites should be properly equipped; install two weighing stations to expedite the process of unloading.

• Landfill sites should be bordered with trees and forestation

• Ghost employees of these departments should be checked and penalised if any to improve the performance of the responsible authorities.

• Legally bound all builders and constructors to dispose debris properly, not at the domestic kachra kundis

• Federal government should task SIDCL to form a think tank to make policy for proper and safe garbage disposal of Karachi and sustainable options to be adopted to keep the Karachi city clean and green.

No one will be able to keep Karachi clean till we fix the root cause and improve the operational system.

The writer is an MPA of the Pakistan Tehreek-e-Insaf