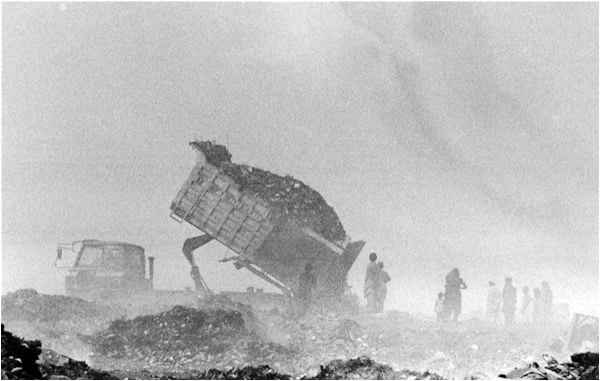 A Chinese waste management company has begun mobilizing its equipment and fleet to begin municipal waste collection in Karachi. Tall promises have been made by the Sindh government that the city will become cleaner in a short while. Two districts, Karachi South and East, are the first to have been contracted out for a whopping Rs2 billion per annum by the Sindh Solid Waste Management Board. The contractor also pledges to generate electricity by installing ‘waste-to-energy’ plants at the designated landfill site.

We have seen a similar arrangement been made in Lahore, in a deal that has been kept afloat on huge subsidies. The way in which the government has taken on the Karachi exercise shows, however, that it has learnt no lessons from the experiences of the past. The current wisdom is that governments assume that any service or enterprise would reach new heights of efficiency if it is handed over to the private sector. The reality, however, is completely different and needs to be understood if we are to develop sustainable long-term solutions.

The livelihoods of certain low-income households are linked to solid waste management in the informal sector. When you go about designing a system to formally privatise it, you cannot ignore the existing informal practices of picking, sorting and recycling. We may be talking of privatization today, but the informal private sector has been doing this job for decades

Changing lifestyles and a rise in consumer-oriented tendencies have pushed waste generation in Karachi. According to conservative estimates, the total amount of garbage produced by Karachi is over 12,000 tonnes per day. This waste does not include that from construction work, electronics, industry and hospitals for which authentic statistics are not available. About 12% of this waste is segregated and disposed of at the household level. Ten percent is separated and taken care of by waste pickers. Five percent is used for land reclamation, predominantly along the coastline of the city. Thirty-three percent is collected and disposed of by District Municipal Corporations (DMCs, when functional) and an equal amount is dumped in the city’s natural drains, nullahs and creeks.

In terms of composition, a sizable part of this waste is made up of urban organic waste with low calorific value. Recyclable items are largely separated at source or at the kundi (neighbourhood bin) where they are sold to junk dealers. Over 450 units of recycling industrial units informally exist in the city. Fact-finding studies by the Urban Resource Centre, an action-research based NGO, has revealed that over 6,000 households draw their livelihoods from the informal recycling industry. The city lacks properly designed transfer stations for interim storage, sorting and onward transfer of waste. As a result, informally designated garbage dumps can be found almost everywhere. There is no scientifically designed sanitary landfill site for the safe and final disposal of waste. Most of the garbage is dumped in the deh Jam Chakro site near Surjani Town, Gondal Pass (near Hub) and several sites in Korangi. No public health procedures are applied which is why open dumping causes enormous problems.

Solid waste management is understood to be the prime responsibility of municipalities. This is the norm. Historically, the Karachi Metropolitan Corporation (KMC) used to handle this work. After KMC was restructured and District Municipal Corporations were formed, the responsibilities were divided. DMCs looked after all the work related to the collection and disposal of waste while KMC restricted itself to the management of the garbage dumping sites. A tug of war between the Sindh government and the party that controls KMC meant that the municipality’s waste management work went to the provincial government. During different regimes, the privatization of services was conceived as a universal remedy, pushed by donor agencies eager to tackle performance ailments in Pakistani cities, including Karachi. They tried to privatise solid waste management, forgetting that previous attempts in the last two decades did not achieve what they set out to. Most of these experiments have encountered different types of problems during their take-off phases. While professional and managerial competence is a prerequisite in each case, the understanding of and exposure to similar experiments done in developing contexts are of utmost relevance. It is vital to know that the donor agencies, principally the World Bank, have been promoting the concept of private sector participation to improve the efficiency and level of eservice in a cost-effective manner. A number of formats and arrangements have been tried and tested but have met a varying degree of success. Several of these stories are relevant to Karachi also.

The livelihoods of certain low-income households are linked to solid waste management in the informal sector. When you go about designing a system to formally privatise it, you cannot ignore the existing informal practices of picking, sorting and recycling. We may be talking of privatization today, but the informal private sector has been doing this job for decades. It not only ensures its own survival but also provides the city a useful service by reducing the volume of waste, generating some useful products and by-products by recycling and it creating avenues of employment for a vast variety of skilled and unskilled labour. According to studies, there are more than 100,000 labourers or people in Karachi who are directly or indirectly involved with income-generation activities related to waste on a part-time or full-time basis.

The key to designing the management structure for the private sector should be efficiency. Anything less than that should not be acceptable. Government agencies claim to privatize solid waste management to lower costs and improve service. The private sector enters the system in order to earn profit. A proper blend of the two can be the outcome only when a realistic contract is agreed upon. At this stage, the contract should include terms and conditions that are realistically worked out and are manageable for the contractor. Capacity building of contractors is a crucial factor. At present, there are only a few private enterprises that can attempt to manage the waste of Karachi. Skill development, management training and site management are a few essential ingredients where capacity building of potential contractors is utmost vital.

A crucial aspect in solid waste management is an appropriate system of monitoring and evaluation of the performance of private sector contractors. The first aspect is the creation of a set of performance indicators. The frequency of sweeping, lifting of garbage and safe disposal to the dumping or transfer site, general cleanliness and an impact assessment on the health of residents are some common indicators. While the enforcement of the contract is the best and most appropriate aspect, the impact assessment by users and beneficiaries of the project is also vital. It will be difficult to monitor the Chinese operators, given the overwhelming strategic advantage they enjoy in comparison to other private concerns.

A foremost aspect is to make solid waste management self sustaining. In the contemporary environment of the market economy where subsidies and relaxations cannot be guaranteed at all, the question of sustenance becomes crucial. Several aspects need to be considered to make the exercise realistic. The existing set of actors and enterprises should be incorporated into any new system that is devised. Their livelihoods and modes of employment should be safeguarded. Recyclers, middle agents, contractors of different scales and orientation, shopkeepers involved in commercial activities related to solid waste management all fall in these categories. Appropriate ways and means must be worked out to rationalize their operation without disrupting the useful working chains that they develop for their operation in the market.

The writer is the chairman of the department of architecture and urban planning at NED university, Karachi and an expert in local government